Seeing the timber for the trees: how Adam and Jacynta Coffey transformed a failed timber plantation into a future-focused regenerative grazing enterprise 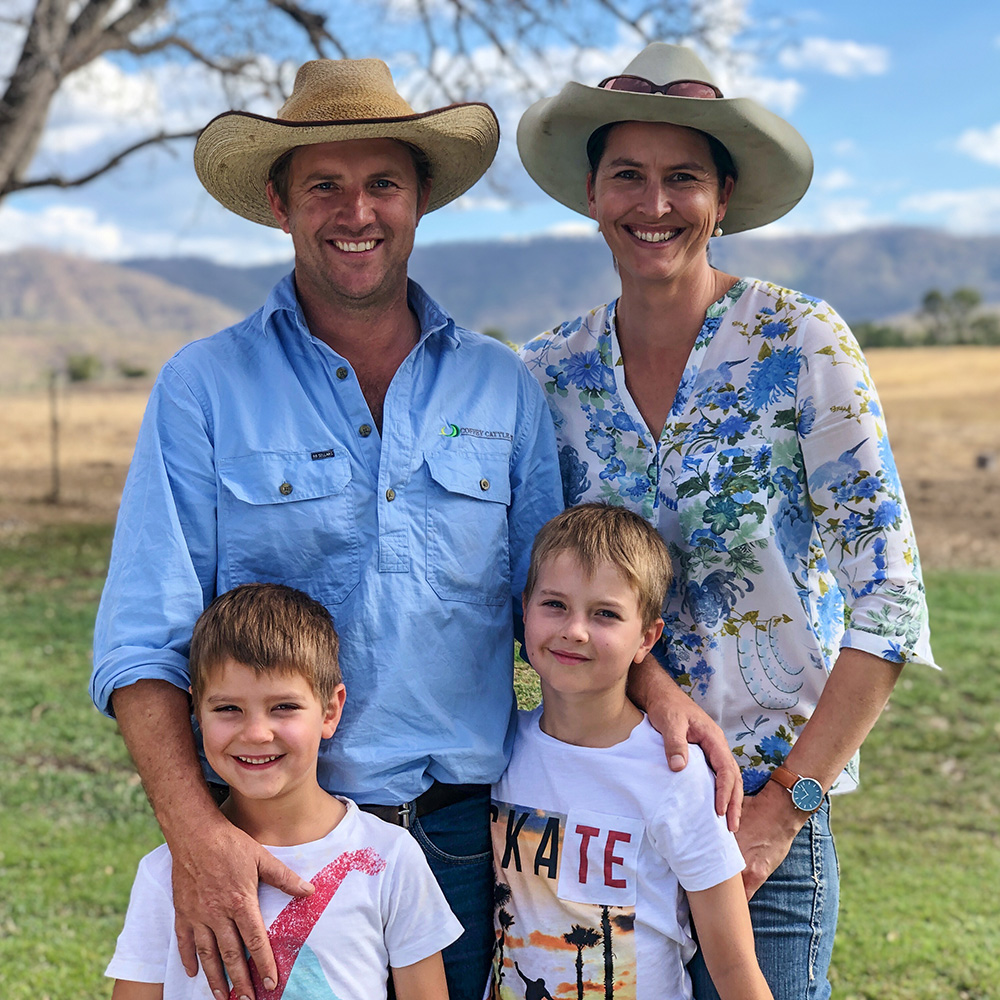 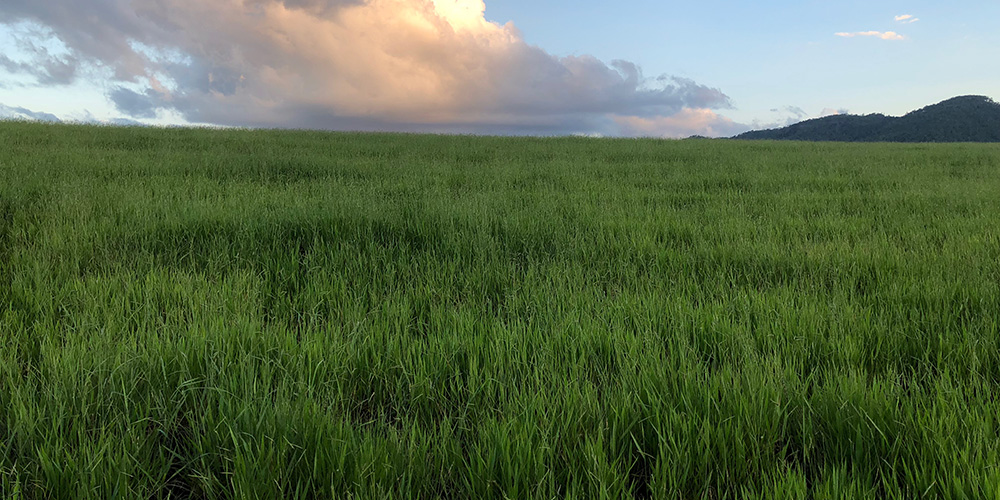 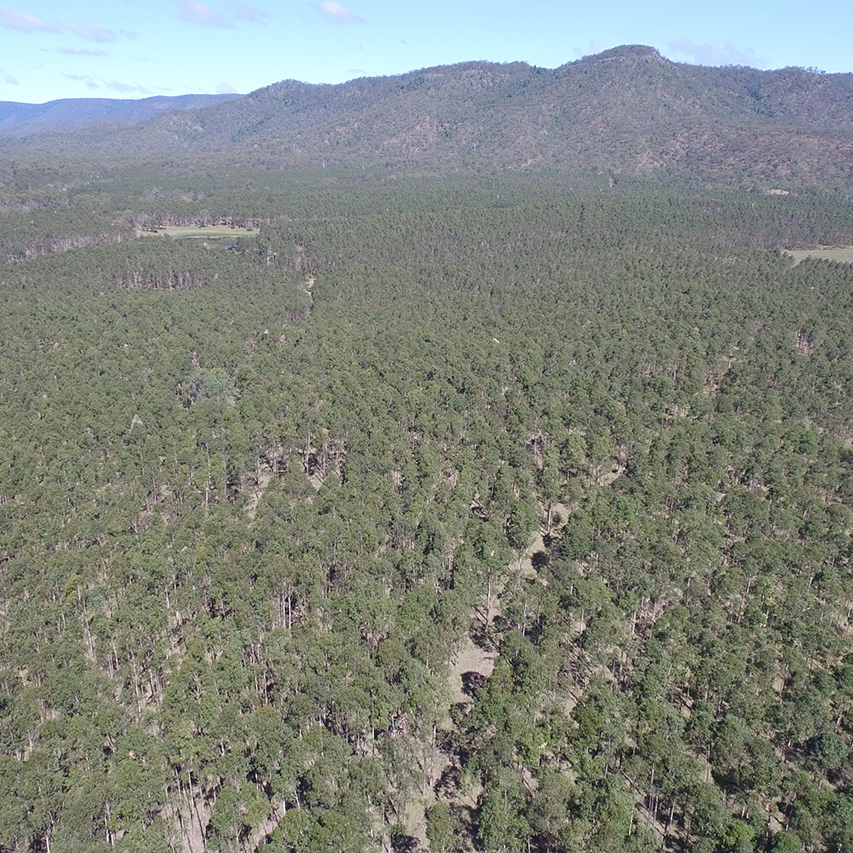 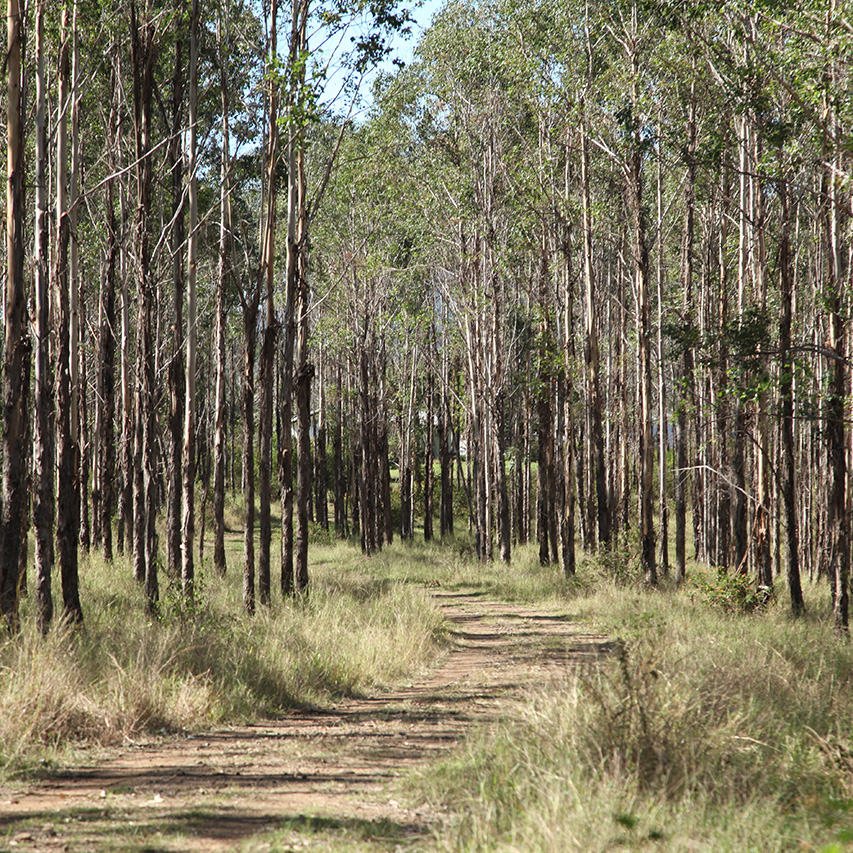 WHEN Adam and Jacynta Coffey arrived at Boreelum Station near Miriam Vale in Central Queensland three years ago, there was a feeling of darkness that hovered low over the failed and long-forgotten hardwood timber plantation.

For almost a decade, 400,00 trees had been left to grow rampant across 400ha of the property’s 2500ha, to build a heavy treetop canopy that had choked out grass but nurtured an assortment of menacing woody weeds. The cool flow of natural springs, once abundant throughout Boreelum’s rolling hills, had dried away.
But the Coffeys saw something in it.

Yes, the property was overgrown, lacked fencing and core infrastructure, and came with a dilapidated ‘renovator’s delight’ barely upright on its stumps. But it was good soil, in a high-rainfall area and after a long and, at times, turbulent search for a place to call their own it held the promise of the regenerative beef operation they had long dreamed of. That search had included a deal on a property in Western Queensland that fell through at the eleventh hour.

“So, Adam got in the car and drove 9000km in six days to find something because this was our dream and this was what we wanted, so it was a matter of now or never,” Jacynta said.

“He looked at a number of properties we thought we could afford, and this one fit the bill – we got there in the end.”

Like the property itself, the Coffeys’ journey to Boreelum was far from conventional. Originally from Tasmania, neither Adam nor Jacynta came from farming families but had always known agriculture was their future. Jacynta, who studied commerce , worked as an auditor in Hobart while Adam completed studies in agriculture at Marcus Oldham College, before they set out on a tour of Australia in search of station management work to gain valuable experience – an expedition which included a number of years in the Kimberley and Northern Territory. During this time, not only did they hone their pastoral skills, but also ran cattle on agistment to build a breeding herd.

When the Coffeys took ownership of Boreelum the task afoot, including decisions as to how the property could best be developed, were both large and foundational in nature. It was a blank slate and, while a lot of work, a chance for Adam and Jacynta to put in place practices they felt would not only grow their beef enterprise but also prioritise their natural capital for the long-term health of the ecosystem and their business.

It was also at this juncture they became aware of Project Pioneer, an initiative created to help graziers adopt regenerative agriculture practices that simultaneously protect the Great Barrier Reef and improve the business performance of beef enterprises. Adam and Jacynta had previously been exposed to the work of Resource Consulting Services (RCS), which delivers the program to producers across Queensland, but now was the time for them to integrate regenerative principles into their own agribusiness from the ground up.

“We saw the Project Pioneer opportunity come up and it was at the perfect time as the knowledge we gained really changed the way we approached development of the block and what we’ve done,” Adam said.

“We had used rotational grazing in the Northern Territory before and we knew the value of it, but what has been great is that we’ve been able to come into our own place to start fresh and hit the ground running by doing it right the first time.”

Whilst still only a little over three years into the Boreelum story, development has been achieved at a much more rapid than anticipated pace. The old timber plantation is now gone, removed with protection of native vegetation and topsoil health front of mind, while strategic fencing and water placement has grown the number of paddocks from eight to 23 to facilitate rotational grazing, and pasture rest. Without the choking effect of heavy, introduced timber the flow of natural springs has also returned.

“Environmental sustainability and profitability, to us, go hand-in-hand, so we don’t really see them as two different things,” Adam sad.

Testament to the strength of the holistic development plans put in place has been that the Coffeys have transformed Boreelum amidst the challenges of seemingly relentless severe climatic conditions. Only 12 months after they arrived came a cyclone , then an independent flood which dumped 620mm of flooding rains in three days. Shortly after, the weather about-faced to one of the worst droughts in recorded history.

“In terms of season, we’ve had cyclones and extreme floods, we’ve had extreme dry and this has been coupled with the fact we’ve been developing, so it has been difficult to get a yardstick across everything as we’ve not yet had a normal year,” Adam said.

“But we have absolutely seen a lot of gain in terms of the grass we have grown, and that has been through the regenerative management practices we have put in place.

“Even at this stage, and in one of the toughest seasons on record for this area, we are okay – we have a good body of feed and we’re not just sitting waiting for the rain.”

RCS and Project Pioneer have not only provided the Coffeys with on-farm management support, they’ve also contributed significantly to Adam and Jacynta’s personal and professional growth, particularly through the strength of the relationships they’ve fostered with other producers.

“One of the most surprising things to come out of this has been the power of sharing financial information amongst other like-minded people in their businesses, and the financial and personal learnings that have come from that,” Adam said.

For Jacynta, the network of support she now has access to has been life-changing.

“I think personally, for me, the Project helped me a lot with confidence because I have knowledge to back up what we are doing,” she said.

“I also think it has forced us to actually write down our goals, reinforce what we want and then make us accountable for what we want to achieve in our growth.

“And in the long-term we want to improve as much land in the country as we can.”