Introduction
Changing paradigms
Quality in the pasture quantity
Thinking back 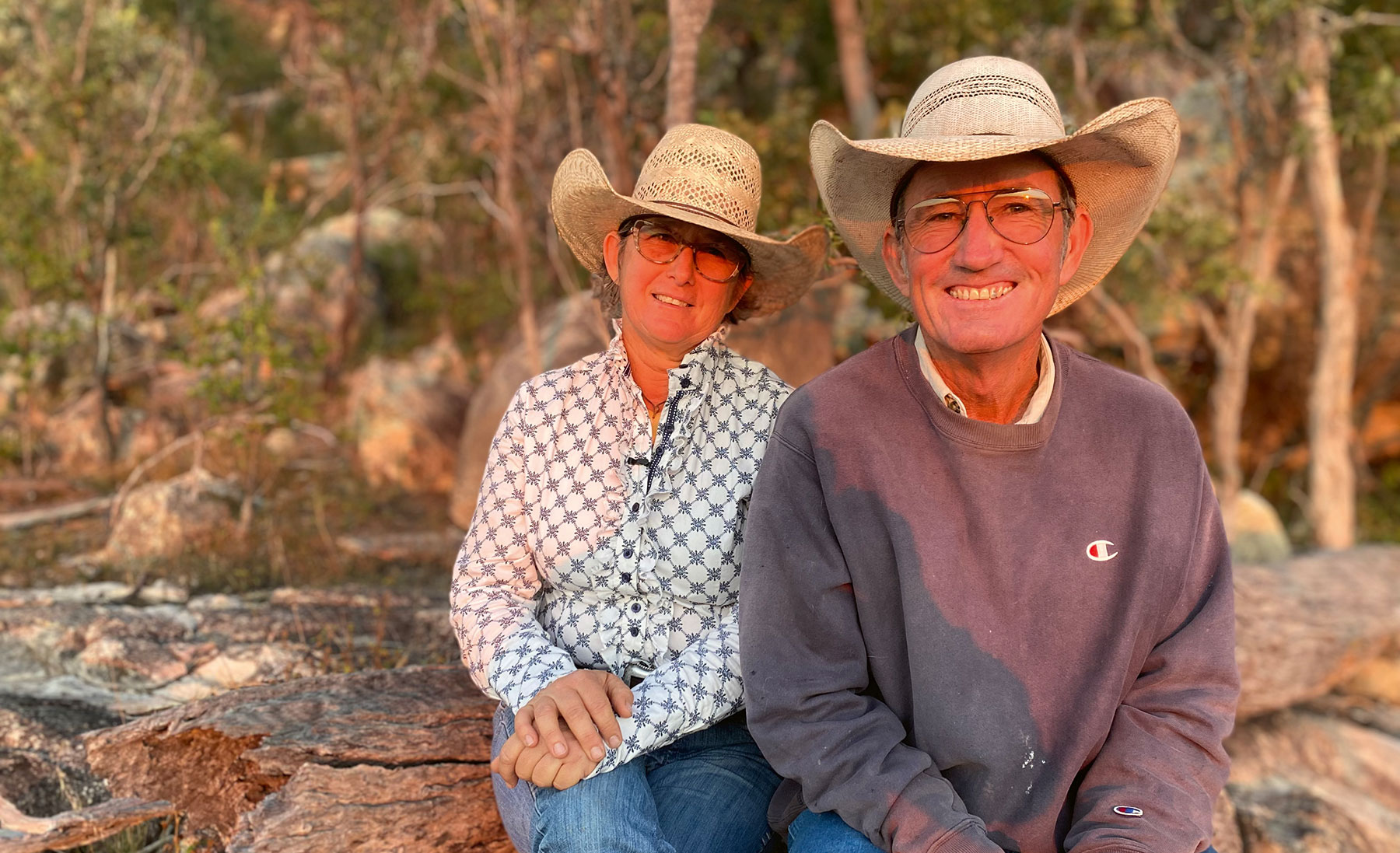 Seeing their pastures slowly deplete and recognising the need to reposition their business as a more profitable entity drove a deep-seeded shift of mindset for the Gordon family and how they managed their 13,800ha property ‘Mt Pleasant’, about 35km north-east of Collinsville.

Since 1917, the Gordon family has called the red goldfields country of Mt Pleasant, which is made up of a mix of low to moderate fertility soils, home.

When third-generation producer, Jamie Gordon, along with his wife Garlone Moulin, his sister Joan and her partner Bill Jardine, bought the property from their parents in 1995 the land was looking far from abundant.

“We’d just been through a very dry period, in fact, the cumulative rainfall total from March 1991 to December 1996 was in the lowest 20% for any similar period on record,” Jamie said.

“We realised the strategies we had used to get through a dry period before weren’t working for us anymore. The landscape was very beat up, and by the time we eventually received rain, we noticed the response wasn’t as good as it should have been.”

Jamie could vividly remember the property having a thick, heavy and luxuriant pasture base when he was a child, and even though numbers across the property’s 12 paddocks had been slashed and rain had fallen, he couldn’t replicate the results needed.

“All that came back was a monoculture of Indian couch,” he said.

Matching this frustration was the financial burden that came with buying Mt Pleasant, which eventually drove the family to a significant crossroad.

“At this time, we recognised that in order to continue, we needed to change,” he said.

The change came in 2000 when Jamie and Garlone attended RCS launch-pad regenerative farming course, Grazing for Profit™ (GFP), which armed them with new tools to restore their landscape.

“We realised during the course that our missing piece was rest and that we needed to get more of it into our country,” Jamie said.

“Nowadays, the word used more often for this type of grazing is ‘regenerative’ — and that’s just it. Plants need to ‘regenerate’ and you simply cannot graze them continuously.”

The GFP course spearheaded the Gordons into a regenerative grazing journey over the next 20 years, where they worked closely alongside RCS. This included repeating the GFP course and graduating from Next Steps and ExecutiveLink™, to more sharply focus both their business and grazing management.

The culmination of this training, and Jamie and Garlone’s dedication, has positioned Mt Pleasant as a productive regenerative exemplar, which sets the foundation for a profitable breeding and trading operation.

Today, the property is carved into 90 paddocks using a mix of three-barbed and mostly single-wire electric fencing, with plans underway to establish more paddocks.

A 6,500ha portion of the block is cut into 64 paddocks and is home to Mt Pleasant’s weaner and trading herd which, depending on the season, can comprise up to 1,800 head. Stock in this mob are shifted between every one and three days, depending on the season and are backgrounded or finished to meet the most profitable market, be that a feedlot, live-export or processor.

The remaining land, which has 26 paddocks, runs the family’s breeding herd. This fluctuates between 800 and 1,000 head and is run on a separate grazing program. The size of the paddocks on this side of the property varies so cattle can be shifted every three days and up to every few weeks.

The bulk of the now thriving system’s infrastructure was established not long after the family attended the first GFP course, which prompted them to think outside the box and agist some of their land to a client, creating an additional revenue stream and freeing up their time.

They worked with a hydrologist to design a comprehensive watering network which connects 150,000 litre storage tanks that gravity feed through a network of 63mm and 90mm pipes to a series of troughs, ensuring cattle can graze across the full area of their usable land.

“Shifting our cattle really made the difference, and by the end of the 2000s we had reached a tipping point, and a range of new grass species just took off,” Jamie said.

Quality in the pasture quality

The increased biodiversity began with native black spear grass, forest bluegrass and golden beard, creeping into areas which used to be blanketed by Indian couch. From there, a range of productive stylos began to emerge, which increased the quality of the pasture’s feed mix.

“It had been our goal to add volume,” Jamie said. “We wanted quantity and quality and we really started to achieve that through better management of our grazing.”

Garlone noted the biodiversity across Mt Pleasant had stretched well past grasses and now extends to palatable trees and shrubs, most noticeably a lot of soft-wood species such as beefwood, bottle tree, corkwood, which have all helped increase overall ground cover. Critically, this allows moisture to soak deeper into the ground and improves the health of their soils.

“We have found the grasses and plants coming through are different every year,” she said.

“After every flush of rainfall we are surprised to see what pops up, or comes back stronger. And with this, we have also observed many species of birds, mammals and reptiles return to the landscape, which is a clear sign of improved ecological health.”

Jamie said the transformation of their land reached a pivotal milestone in 2015 when the nutrient levels of their pastures had improved so much there was no longer the need to add urea lick to their stock’s nutrition.

“That would have been the first time in about 40 years we hadn’t supplement fed urea,” Jamie said. “We realised we were getting enough protein from the stylos, which was enough to carry us through the full year.”

However, Jamie noted their productivity achievement of not having to feed out urea, was also influenced by their breed of choice, Nguni cattle.

“The Nguni can recycle the ammonia in their blood system more effectively than normal cattle, this comes from thousands of years of living off straws and sticks, which means they have access to nitrogen other cattle can’t access – so that’s become our urea source,” he said.

The family introduced the highly-fertile African, Bos Taurus breed composite, after Jamie witnessed their productivity in action during a trip to South Africa in 2010.

His travels were timed during a period where the family was weighing up if Bos Indicus bloodlines, which are prevalent in their grazing district, were best suited to their goals.

“There are a lot of hidden expenses in running a low-performance breeding herd in the North,” Jamie said.

“So I didn’t want to carry on with breeding unless I knew we had a really functional herd. When I saw the Nguni cattle, they were running on tough country in an even tougher climate. Basically, they are a Bos Taurus which can survive really harsh conditions.”

Reflecting on their holistic training through RCS and their two decade-long regenerative journey, Garlone said one of their biggest achievements was building resilience and sustainability into their land and business.

“The health of our land has increased our profitability as we have been able to lower our cost of production. With the improvements to the environment, droughts have become much milder,” she said.

“Thinking back, all of this has combined to create a real change in the mental and emotional place we are in. When we first bought the business we were in survival mode, short-term focussed and had very little hope for the future. Today, we are now excited by how far we have come and how much more we can achieve.

“It’s all been a journey of discovery, and looking ahead, I think our goals will keep evolving too. Our main focus hasn’t changed and all we want is to make our land, people and cattle as abundant as they can be.” 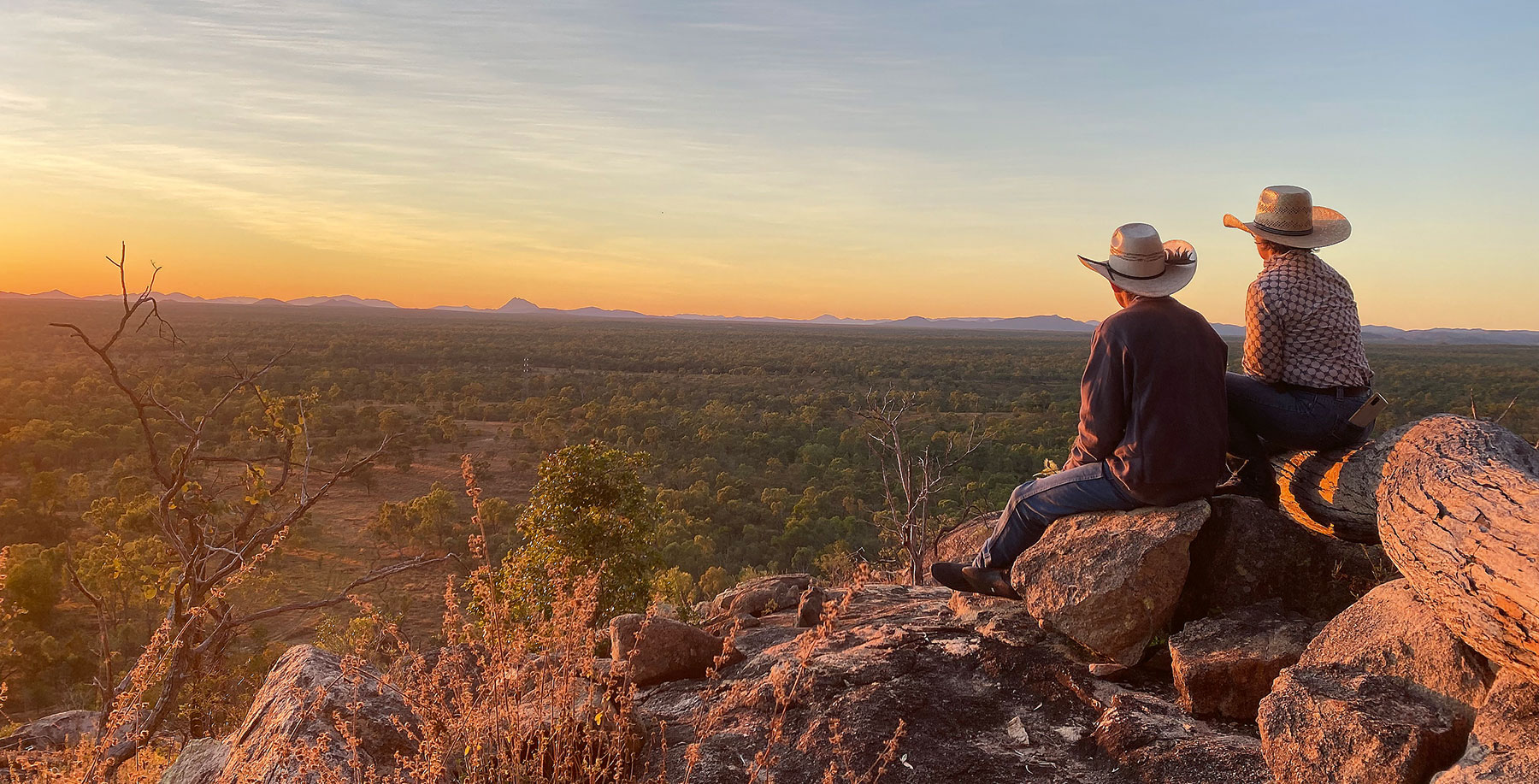