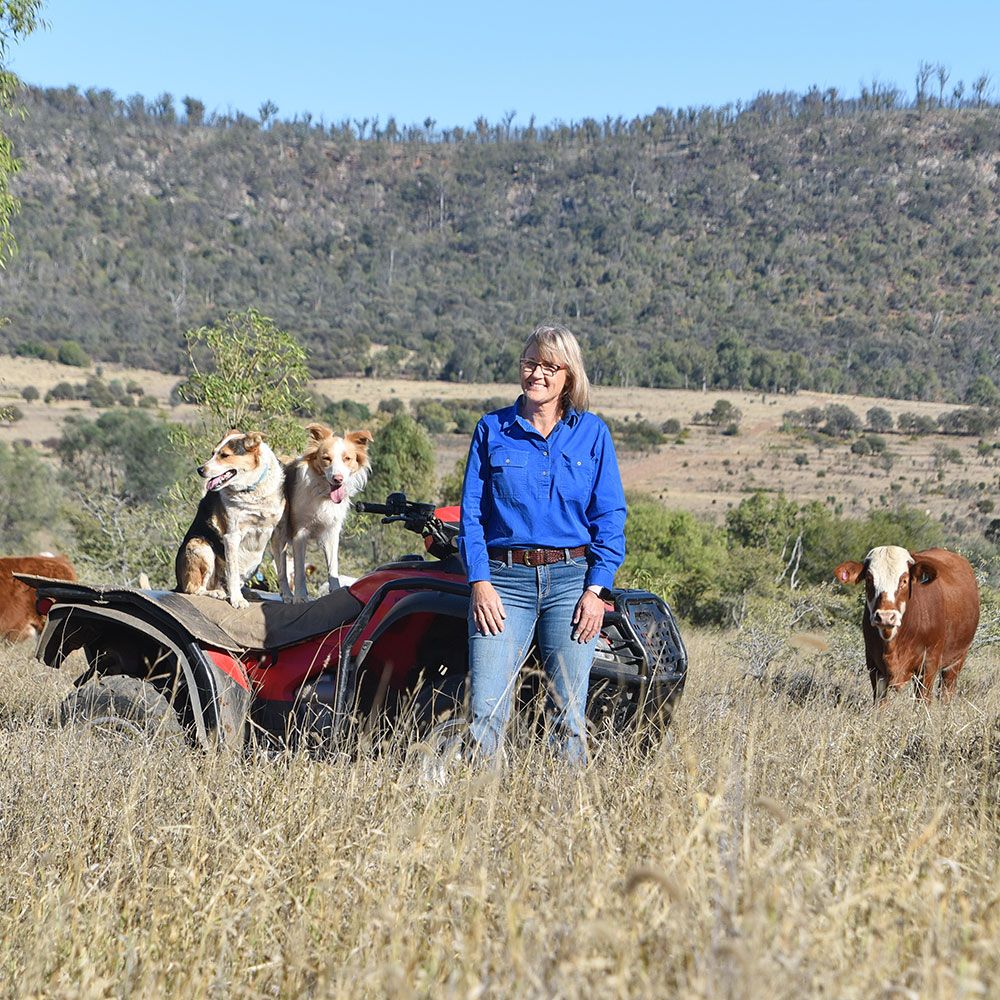 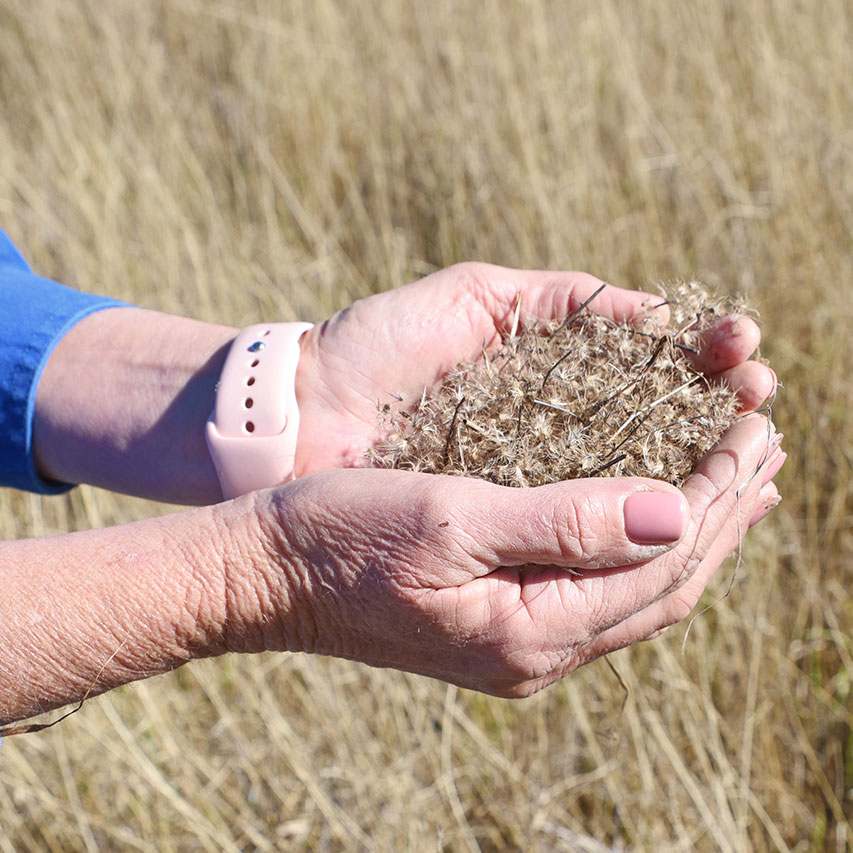 For Central Queensland beef producer, Karen Smoothy, the tragic loss of her husband, Wayne, to a toxic overload was the driving force to drastically cut down chemical use from her Simmental-cross breeding business, and to seek out a sustainable approach to control weeds, significantly reduce ticks and confidently navigate drought.

“When I first found out about Project Pioneer I knew it would be beneficial to my operation, not just to the ecological system and to regenerative grazing, but to help me control ticks and weeds with much less reliance on chemicals,” Karen said.

Project Pioneer, which Karen joined in 2019, was not Karen’s first exposure to RCS’ regenerative management practices which occurred in late 2017 at an RCS Grazing Clinic. While Project Pioneer has since expanded her regenerative knowledge vastly, the initial insights she gained three years ago were enough to help her work through an extremely dry period and to make key production gains across the 1800ha of Brigalow softwood country which make up her property Tipperary, 18km from Theodore.

While Karen and son, Billy, started implementing regenerative practices such as rotational grazing immediately following that initial clinic, drought was settling in and Tipperary received little rainfall from early 2019 to early 2020, forcing the Smoothys to make some tough decisions within their breeding enterprise.

It wasn’t all bad. The Smoothys strategically used the dry period to sell off their late breeders, allowing them to achieve an optimal mating window of three months, and made strides towards tackling a weed problem.

“One of the added benefits of having destocked due to the drought, and resting our paddocks was, when we did get rain, the grass grew quickly. As an added result, our Parthenium problem was minimised.”

A well-known invasive weed, Parthenium had reduced the Smoothys’ carrying capacity on Tipperary. However, since introducing regenerative management and receiving much-needed rain, its hold on the property has been significantly weakened.

“By mid-January 2020, we were rain ready and received around 340 millimetres over a month, which brought our pasture back to life,” Karen said.

“Normally we would have been worried Parthenium would overpower the grass, but because we hadn’t undermined the grass roots by over grazing, the weeds weren’t able to take root.” Now, a healthy amount of ground cover has been achieved, the Smoothys moved into the process of rebuilding herd numbers and are currently running 430 head, with a goal to build to 800. Karen is also proud knowing the increased ground cover has reduced sediment run-off.

“We are doing our part to protect the Reef,” she said. “Project Pioneer has given my son and me the opportunity to learn so much. We now know how important it is to understand ecological indicators, such as soil health, biodiversity, and water cycles.

“We look forward to the future, as we know we have so much more we can learn to improve Tipperary.”