Dan Carney manages a 4,047 hectare (10,000 acre) “Wongella” near Kilkivan in the South Burnett. Previously a tree plantation, Dan has completed extensive work with Project Pioneer across the property to transform it into a high-performing grazing system. 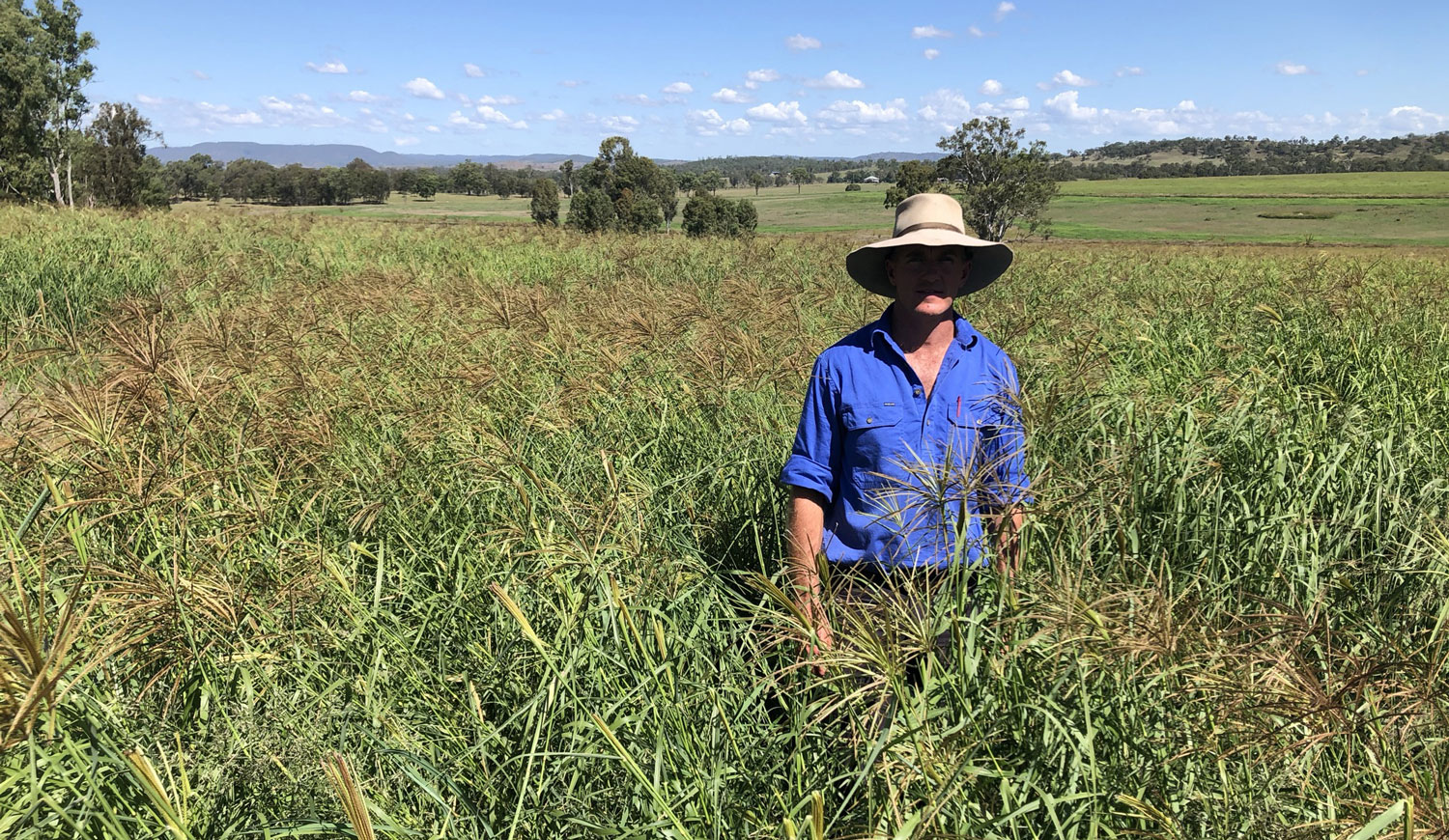 Dan’s employers purchased the property in 2017 without water infrastructure or internal fences. The pasture was low quality, and the property was a blank slate for grazing development.

Over the past three years, Dan has constructed 150 paddocks on the property, and has a target of 200 by the end of 2021. Traditionally, this type of country supports one beast to four hectares, but Dan said by improving the water infrastructure carrying capacity had doubled.

“Previously they had relied a lot on dams, so with a reticulated (trough) system, we were able to utilise country that would have been too far from water and not grazed efficiently. It also allowed us to spell the better country,” Dan said.

“We’re now running double what the property would normally run without stressing soil or pastures, and we’ll pay all that infrastructure off in a three to five-year window with the increased carrying capacity.

“Project Pioneer really helped in the dry years with the one-on-one consultations with strategy. I had my finger on the pulse with our feed budgets, and coupled with some really good trading opportunities, we made some terrific margins.

“Typically in the drought, I would have been too bogged down doing operational stuff because it was dry and we’re trying to do fencing.

“But Project Pioneer just really kept me thinking about the bigger picture, and that’s when we really crunched the numbers on some trading opportunities and took advantage of that.”